What is the best April Fool’s prank you’ve ever seen?

Best prank I ever pulled was convincing an old roommate that his car had been stolen. It was a little on the stressful side because you have to make sure they don’t call the cops, and report a crime.

We had a garage without an automatic door, and we never used the garage, so I moved his car into the garage while he was gone one afternoon. Dying with the lie is the hardest part.

He bolts through the door, and is in freak out mode wondering about his Jeep. I immediately began to panic with him saying how it wasn’t here when I got home, and I just assumed he was in it since he wasn’t home either. Almost got him convinced he left it up the street at another friend’s, and the whole time he’s pacing back in forth, out back, and up and down the block with his phone in hand ready to dial 911.

He actually likes to tell that story more than I do, so you know it was an “in good fun” kind of prank.

What is the best April Fool’s joke you’ve ever witnessed?

Some of the best April Fools’ jokes from Japan http://t.co/JrqNaUBvkx pic.twitter.com/MJSGO8Fndd 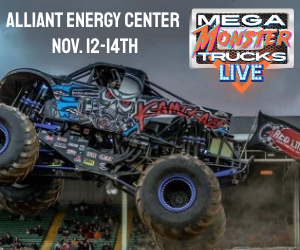