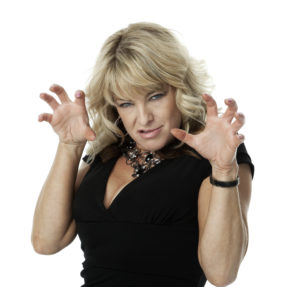 Jackson & Steph’s Great Debate is about what makes a cougar, Jackson says every single woman over 38 is automatically a cougar, Steph says only while she is in a relationship with a younger man…

We got into this silly debate after the viral video of the real wild animal cougar following a man for 6 minutes:

A cougar stalked a man for over 6 minutes during his run through Slate Canyon near Provo. pic.twitter.com/h5WATRNTVG

Votes for our Great Debate – listen here to some of the funny reasons here – Roxanne and Rhonda:

And then Melissa and Doug placed their votes:

Join our convo still going on here on Facebook: